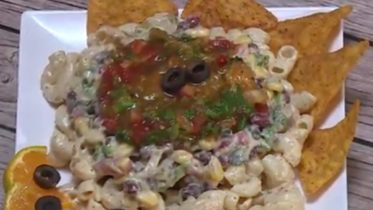 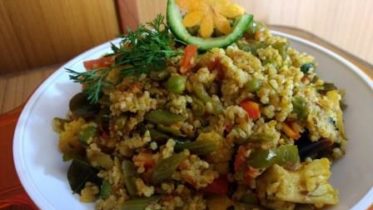 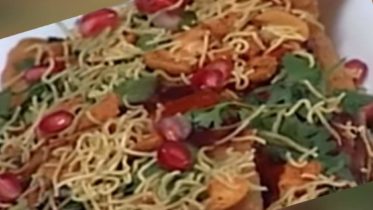 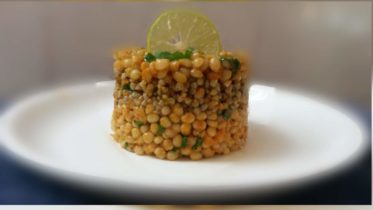 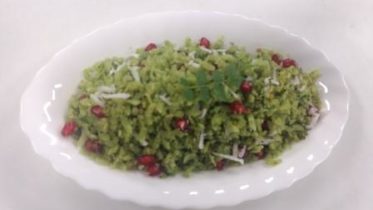 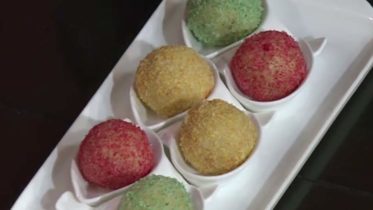 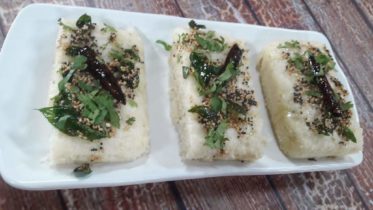 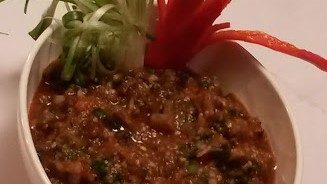 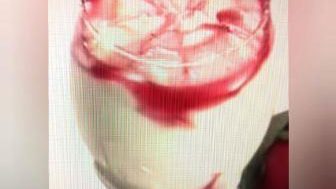 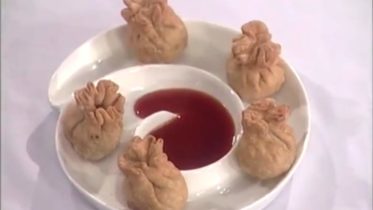 Cut the Bar and serve cool.

Take Leftover Sweet and Milk in wet grinding jar of mixer. Blend it well. Remove it in a pan. Add Cream and put the pan on flame to boil. Stir while boiling to avoid boil over. Boil until it thickens.

Arrange half of pieces of Bread Slices on a greased baking dish. Pour half of prepared Sweet mixture all over Bread pieces on baking dish. Sprinkle mixed some Dry Nuts and Sweet Bundi.

Repeat to make another layer.

After baking, take it in 1 or 2 serving cups. Sprinkle Sugar. Caramelize Sugar with kitchen torch.

Serve Fresh and Hot. Also, it can be served fridge cold.

After big festive season, all we have some sweets leftover by guests and children.

Now you have the simple recipe to make leftover sweets more delicious and sweeter.

This Recipe is originated in Southern India. It is Sweet Crispy snack, especially very favourite during Christmas festive season.

Because of its shape resembles with Rose Flower, it is known as Rose Cookies.

Take Rice Flour in a bowl.

Add Refined White Wheat Flour, Powder Sugar, Salt and Coconut Milk. Mix well to prepare batter. You can use mixer blender jar or handy blender to mix well and to make it smooth.

Prepare somehow thick (not very thick, not very watery) batter. The consistency of batter is very important to make it not sticky and make it crispy when fried.

Heat Oil in a deep fry pan on slow flame. When Oil is heated, put Murukku mould in heating Oil.

Heat Oil in another deep fry pan on medium flame.

Put Murukku mould in heating Oil. When mould becomes hot, dip it in to prepared batter. Dip approx ¾ part of the height of the mould to make it easier to release the batter from the mould in to Oil. Batter will stick on the mould.

(After releasing Murukku, put the mould in heating Oil on low flame to prepare to use it again.)

Serve fresh and hot or let it cool down and store to serve anytime later.

Take Milk and Sweetened Condensed Milk in a pan and put it on medium flame to boil. When it starts to boil, add Saffron threads, Nutmeg Powder, Mace Blade Powder, Cardamom Powder and continue boiling while stirring occasionally and reducing-increasing flame to boil it repeatedly until it becomes thick.

Then, leave it to cool down and refrigerate for at least 2 hours.

Take it in a blending jar of your mixer. Add Hung Curd and Milk Cream. Just churn it for 5-7 seconds only.

Refrigerate it for at least 1 hour.

Take it in a serving glass.

Garnish with few pieces of Cashew nuts and Pistachio.

The Royal Gift from the Core State of India…Madhya Pradesh…

When it is room temperature, store in dry and cool place.

Whatever is Your Meal…

Heat Ghee in a pan on low flame.

Remove it in a serving bowl.

Garnish with few Almond Chips and 1 or 2 Holy Basil Leaves.

Take Milk in a clay pot. Add Sugar and pinch of Cardamom Powder. Put the pot on high flame to boil Milk. Keep it a side to use later.

Take shredded Fresh Coconut, Jaggery and pinch of Cardamom Powder in a non-stick pan and sauté it on low flame. When sautéed, leave it to cool down.

Then, prepare number of balls of prepared Coconut mixture.

Take ½ cup of water in a pan and put it on medium flame. Add Ghee in it. When Ghee is melted and water is hot, remove the pan from flame.

Put the pot of Milk again on medium flame. When Milk starts to boil, add all prepared Modak in boiling Milk. Boil it until Modak are cooked well. Stir occasionally to prevent Milk boiling over.

Leave it to cool down to normal temperature.

Take ½ cup of water in a pan and put on high flame to boil. When it starts to boil, add Ghee in it. When Ghee is melted completely and water is boiled well, remove the pan from flame.

Steam all prepared balls in a steamer.

On Holy Occasion of

Offer to Our Adorable God…Ganapatti Bappa…

Take ¼ cup Milk in a pan. Add 1tbsp of Ghee. Lukewarm it.

Crack the mixture not leaving any lump and sieve it thick.

Add ½ cup Milk and continue cooking while stirring occasionally until Ghee starts to separate around.

Leave it a side.

Take Sugar in another pan. Add water to cover Sugar in the pan. Put it on low-medium flame, stir it occasionally. Cook it to 2-3 string syrup.

Take prepared stuff in a flat surfaced steel plate. Spread it well and press making the surface of stuff of the same level and hard.

Leave it to cool off.

Make cut of size and shape of your choice.

Remove pieces and store to serve when you wish.

Can be stored at room temperature in an airtight container for 15 to 20 days.

MOHANTHAL is a more than traditional Indian Sweet. Even it is referred in the stories of the era of The Lord Krishna, i.e. 5000 years ago.

MOHANTHAL is also described and believed to be one of the most favourite sweet of The Lord Krishna.

MOHANTHAL is used as one of the offerings to The Lord Krishna.

The Lord Krishna is our eternal Friend, Philosopher and Guide through out our lives for thousands of years. So, MOHANTHAL does not need any other reason to be made in our own kitchen by ourselves.

Take ¼ cup of water in a bowl. Add Oil, Turmeric Powder, Red Chilli Powder and Salt. Mix well. Add Gram Flour and knead dough. It will become soft dough. Fill it in Kitchen Press machine with Vermicelli . Keep it a side.

Take it in a serving bowl.

Leave it to cool down to room temperature.

Be Healthy with Fenugreek 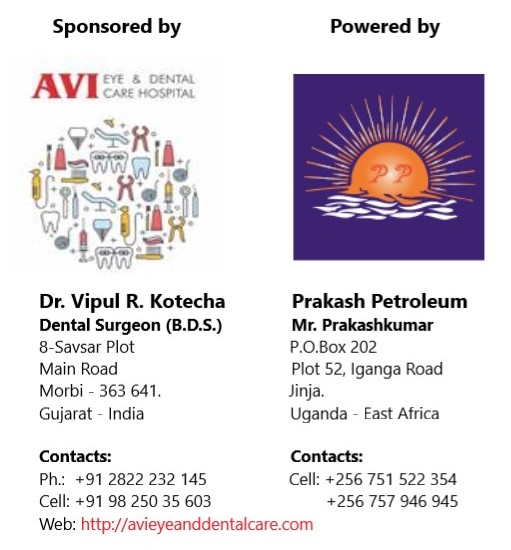